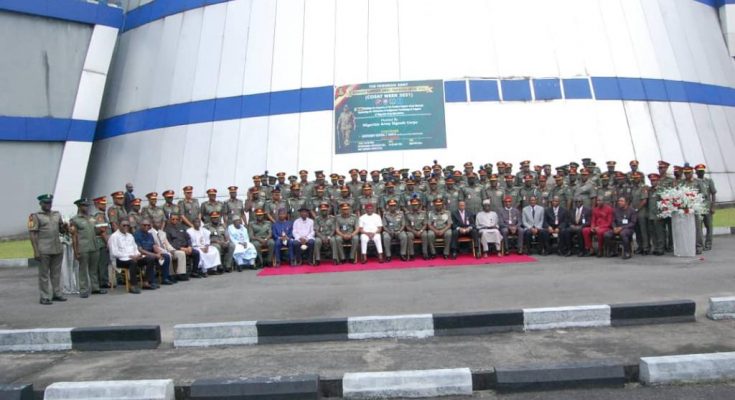 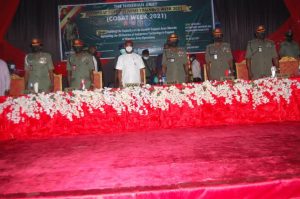 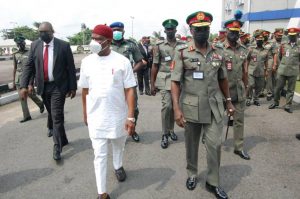 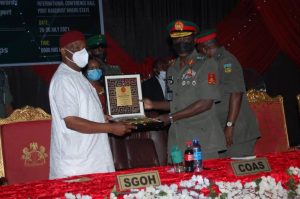 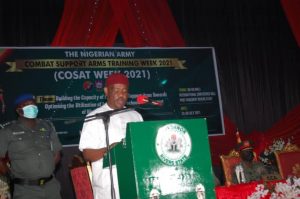 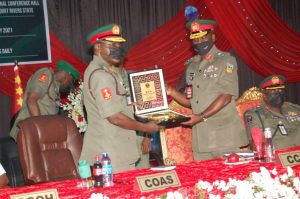 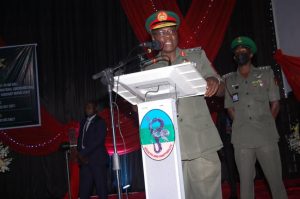 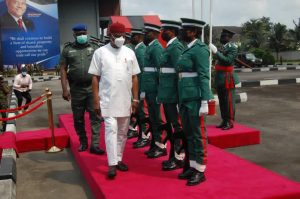 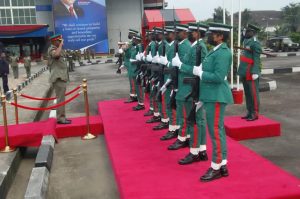 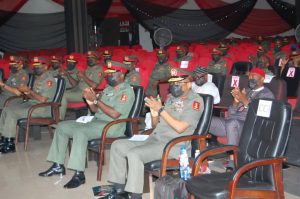 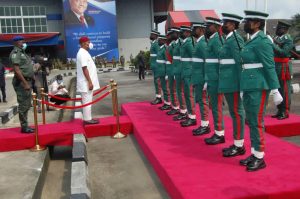 The Chief Of Army Staff Lt Gen Faruk Yahaya has today 27 Jul 2021 charged the Combat Support Arms of the Nigerian Army to be resolute and focused and to maintain commitment towards achieving the best in all assigned tasks.

The COAS who made this known while flagging off the Combat Support Arms Training(COSAT) week 2021 at Obi Wali International Conference Hall Port Harcourt City Rivers State.

He disclosed that training is an avenue to learn and re-strategize towards improving the Combat Support Arms of the Nigerian Army. “The Army cannot do it alone hence the need for continuous training as its outcome will enhance professionalism”, he stated.

He noted that the Combat Support Arms have continued to be creative in their respective roles and have done well to improve themselves.

He explained that the theme which is “Building the Capacity of the Combat Support Arms towards Optimizing the Utility of Indigenous Technology in Support of NA Contemporary Operations” is meant to create a platform for personnel of Combat Support Arms (CSA) of the NA to interact and exchange ideas aimed at enhancing their operational efficiency for the NA.

The COAS further urged the participants not to relent in their efforts to combat the insecurity bedeviling the Nation.

Earlier in his keynote address, the Executive Governor of Rivers State, His Excellency Nyesom Ezenwo Wike disclosed that the use of indigenous Technology to support military operations is very Paramount and cannot be over-emphasized.

Gov Wike advised that efforts must be made by the Government to give all necessary support in the provision of indigenous technology to aid military operations in the country. “Improving the industrial circle is an important strategy towards achieving this feat”, he emphasized.

He reiterated that Countries with superior technology are better placed in winning battles than others. He finally appreciated the Nigerian Army for their sacrifices and commitment in the defence of the territorial integrity of the Nation.

Highlights of the ceremony are, presentation of souvenirs to the Special Guest of Honour and the COAS as well as group photograph.