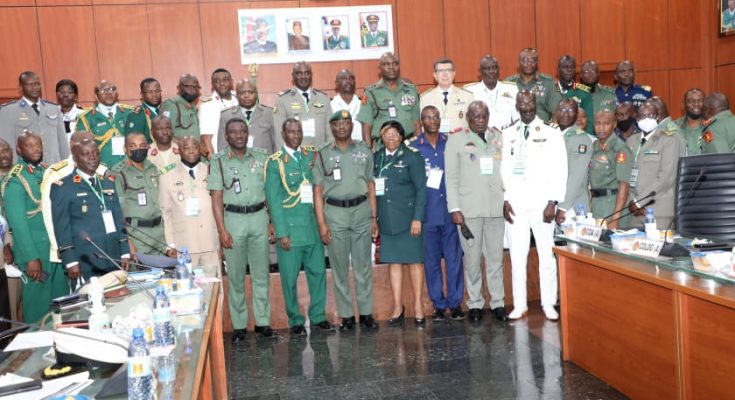 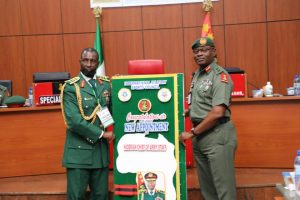 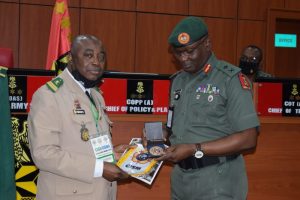 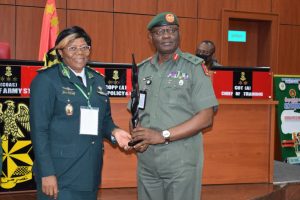 A delegation from the Organisation of Military Sports in Africa(OSMA) and Council of International Military Sports for Africa (CISM) led by OSMA President, Brigadier General Maikano Abdullahi today Tuesday 27 July 2021 visited Army Headquarters where he solicited for the support of the Nigerian Army in the activities of both Organisations.

The OSMA President, who doubles as the Vice President CISM said the delegation is in Nigeria for the Council Meeting of the Organisations, hence decided to use the opportunity to visit Defence and Service Headquarters. He used the visit to inform the COAS of the SAHEL Countries Armed Forces Sports Competition slated to hold between 9 -19 October 2021 in Nigeria. He added that the idea to bring the Armed Forces of various African countries together through sports is to aid the military in the fight against insurgency and other security challenges in Africa.

Responding, the COAS represented by the Chief of Policy and Plans (Army) Maj Gen Anthony Omozoje thanked the delegation for the visit and assured them of COAS’ support in all their activities. He congratulated the OSMA President on his election and charged him to remain a good ambassador of the Nigerian Army. He wished the delegation a fruitful and rewarding council meeting and facility tour.

Present at the event were Principal Staff Officers and Directors of Army Headquarters among others. Highpoint of the event was the presentation of souvenir to OSMA President.