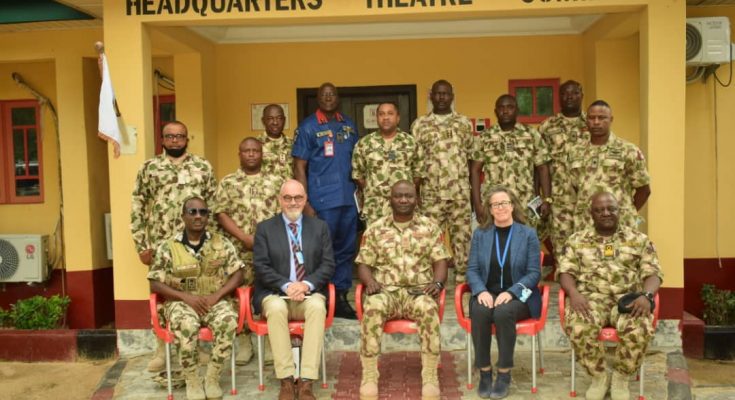 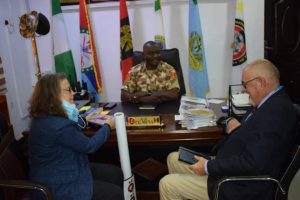 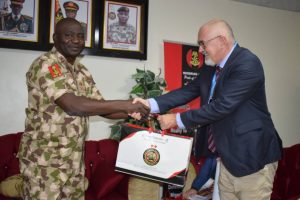 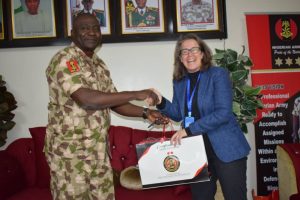 The United Nations Office for the Coordination of Humanitarian Affairs (UNOCHA) and Headquarters Theatre Command, Operation HADIN KAI (OPHK) are seeking to deepen collaboration with each other in an effort to enhance humanitarian activities in the North East region.

Mr Jensen pointed out that UNOCHA is responsible for coordinating all humanitarian activities of UN agencies in the region, hence, he considered it wise to explore ways of ameliorating some of the security challenges affecting the actualization of its mandate.

While commending the effort of the Nigerian military in the fight against insurgency, he identified the need to synergise and increase the confidence of stakeholders by promoting a transparent and healthy relationship to enhance their performance in order to meet the humanitarian needs of internally displaced persons(IDPs) and others, who are affected by the current conflict situation, especially children, women and the aged.

The Theatre Commander (TC) OPHK, Major General Christopher Musa, assured that the Theatre Command would provide adequate security and conducive environment for the operations of UNOCHA in the North East.

He urged the delegation to consider organising a symposium, where stakeholders could discuss salient issues and create more awareness for the benefit of both agencies.