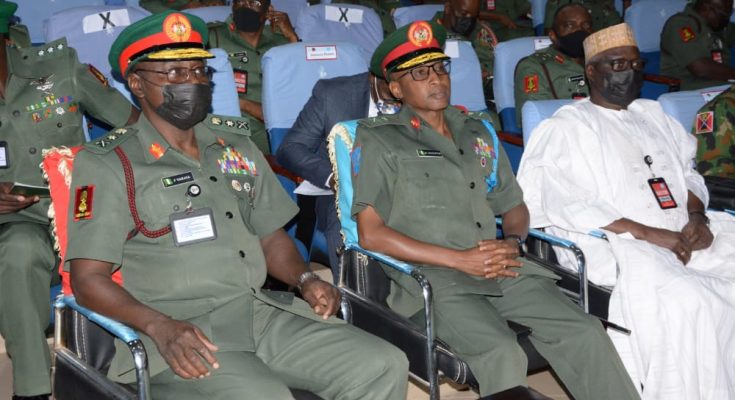 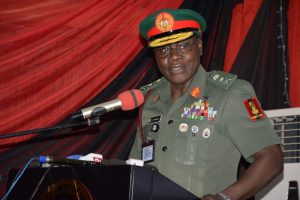 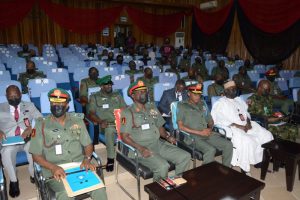 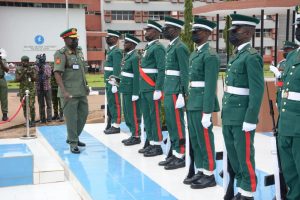 The Chief of Army Staff, Lieutenant General Faruk Yahaya, has said that despite contemporary security challenges, the Nigerian Army under his leadership, is being repositioned to conduct its Operations efficiently.

He said this has become imperative in order to defeat the myriad of adversaries behind threats to internal security of the country.

Lt Gen Yahaya made this known on Wednesday 11 August 2021, during the second Senior Command and Leadership Seminar held at the 1 Division Auditorium, Kaduna. The seminar targeted incumbent and potential General Officers Commanding (GOC) and Brigade Commanders.

According to the COAS, the Army will be better positioned under the current leadership through effective training and re-training. He stated that training will improve the capacity of the Army to checkmate security challenges currently bedeviling the country.

He assured that mechanisms are already in motion to reinvigorate training and to effectively plan and conduct operations, drawing lessons from previous operations.

He further charged the General Officers Commanding and Brigade Commanders to devise multidimensional, multidisciplinary and multifaceted approaches to defeat all adversaries and challenges. Lt Gen Yahaya urged the senior officers to make the utmost use of the opportunities offered by the seminar.

Addressing participants at the seminar, the General Officer Commanding 1 Division, Nigerian Army, Maj Gen Kabiru Mukhtar, noted that the seminar is a clear indication of the premium the Chief of Army Staff places on quality leadership in the Nigerian Army. He stressed that contemporary threats and operating environment demand innovative leadership and competence from commanders.

He further declared that operations under the Division have yielded remarkable successes leading to a marked decline in security incidents in the Division’s Area of Responsibility. He attributed the achievements to the concerted effort of troops of the Division and sister security agencies, under the guidance of the Chief of Army Staff.