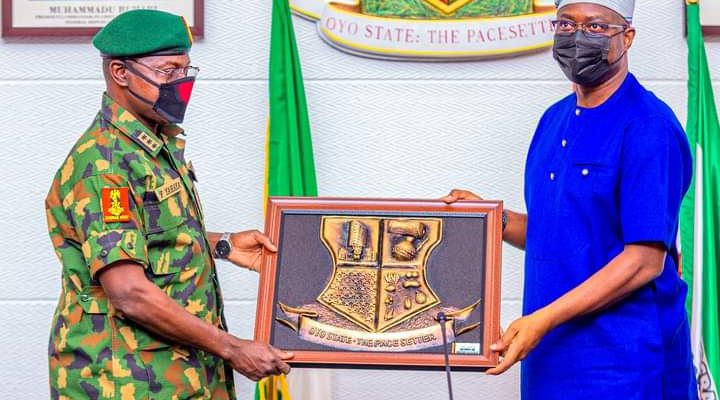 Aug 24, 2021Press ReleaseComments Off on NO ETHNIC PROFILING IN OYO STATE -GOVERNOR MAKINDE 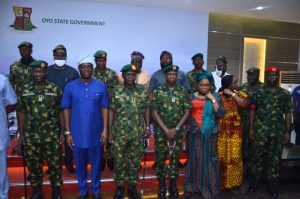 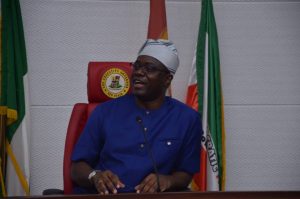 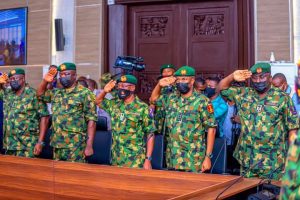 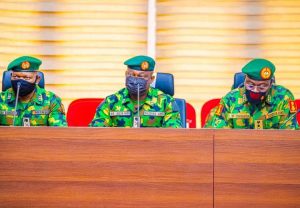 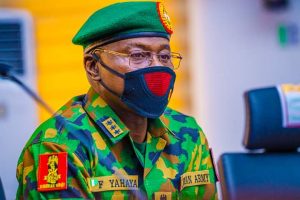 The Executive Governor of Oyo State, Engineer Oluseyi Makinde has assured the general public that there is no ethnic profiling in the state. He pointed out that the government is rather poised to go after criminals no matter their position in the society.

He solicited for continuous synergy between the government and security agencies as well as members of the society at large to fish out unscrupulous persons for peace, harmony and socio-economic growth in the state.

Commending the role 2 Division of the Nigerian Army and other security agencies have been playing in the state, Governor Makinde pledged his support to carry out the onerous task of securing lives and property in the state.

In the same vein, His imperial Majesty, Olubadan of Ibadan Land , Oba Saliu Akanmu Adetunji, Ajeogunguniso 1, has described the role of the Nigeria Army as very important in the security architecture of the nation.The Olubadan stated this when the Chief of Army Staff (COAS), paid him a courtesy visit at his palace in Popo Yemoja area of Ibadan. The Imperial Majesty described the role and actions of the COAS, especially in the war against insurgency and banditry as commendable, calling for collaboration between the traditional rulers and the security agencies for enduring solution to emerging security challenges in the country.

The Royal father, speaking through the Balogun of Ibadan Land, High Chief Akintoye Owolabi Olakunlehin prayed for a better and peaceful Nigeria in the near future.

He however urged the Army not to relent in its operations against bandits’ and insurgents’ hideouts which has culminated in their surrendering in droves.

Responding, both at the government house and the Olubadan palace, the Chief of Army Staff (COAS) Lieutenant General Faruk Yahaya appreciated the support and cooperation enjoyed by the Army from the Oyo state government and Olubadan in council, as well as the good people of Oyo State. The COAS solicited for more support and pledged that the Nigerian Army will continue to carryout its constitutional duties effectively and perform the role of providing aid to civil authority, when called upon to do so.

He assured that the existing cooperation between the Army and other security agencies, both in the state and the country at large would be sustained and reinvigorated for the common goal of securing the nation for peace, unity and stability.