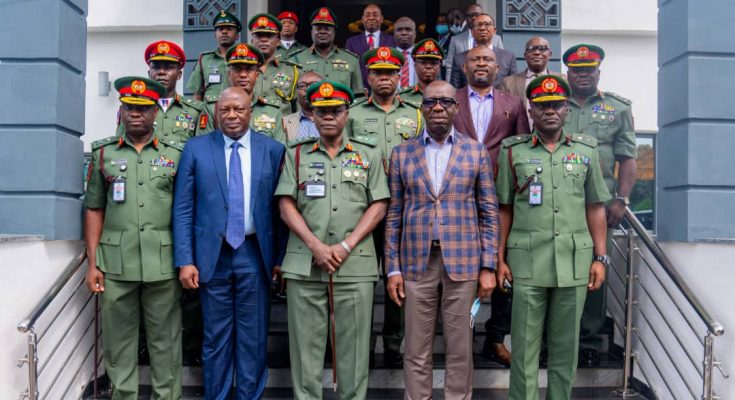 Aug 25, 2021Press ReleaseComments Off on GEN YAHAYA’S COMPETENCE AND ZEAL WILL LEAD TO THE END OF INSECURITY IN NIGERIA – SAYS GOV OBASEKI 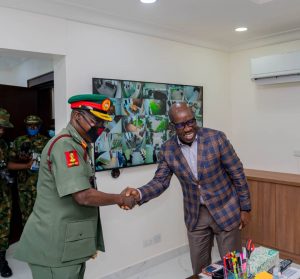 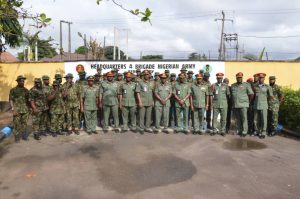 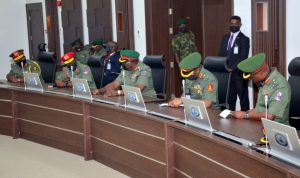 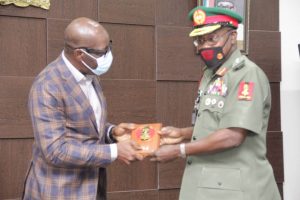 The Executive Governor of Edo State, Mr Godwin Obaseki has said that the competence, vision and zeal of the Chief of Army Staff (COAS) – Lt Gen Faruk Yahaya will lead to the end of insecurity in Nigeria.

Governor Obaseki made this assertion in his office while recieving the COAS during a courtesy call on the Governor on 24 August 2021.

Mr Obaseki added, that the operational expedience with which the Army, under the leadership of the COAS is taking on the insurgents, militants and violent separatists through joint efforts is an indication that peace and tranquility in Nigeria is not afar off.

The Governor further expressed appreciation to the Nigerian Army for contributing immensely to the sustenance of peace in Edo State. He lauded the Army for the support given to sister security services and other security agencies to curb cultism, criminality and communal clashes within the state. He pledged to continue to support the Army.

The climax of the event was the exchange of souvenirs.