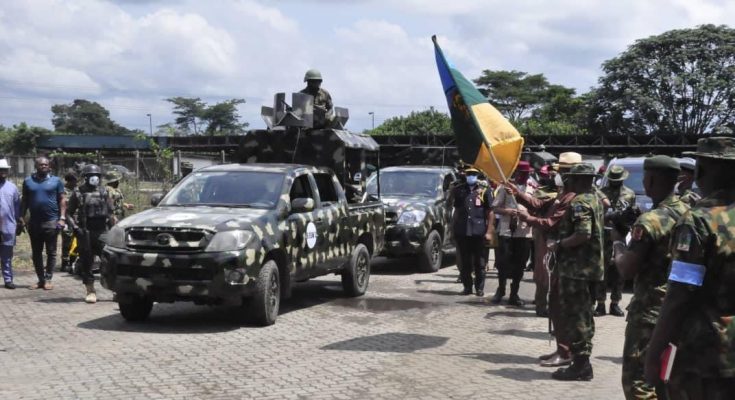 The flagging off ceremony of Exercise Still water Rivers State was conducted at Ahoada East State on Monday 4 October 2021 by the Executive Governor of River State who was represented by the Secretary to Rivers State Government Dr Tammy Danagogo.

Highlights of the activities were, tour of the Information Center, 6 Division Operations Room and other step up units, free medical outreach for host communities in Ahoada East LGA of Rivers State and group photograph.