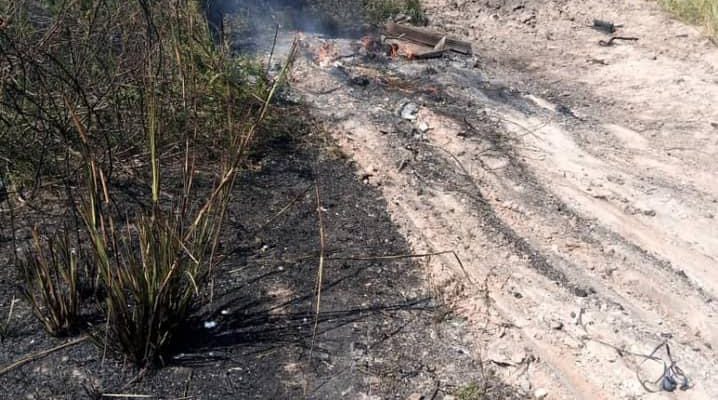 Oct 22, 2021Press ReleaseComments Off on OPERATION HADIN KAI: TROOPS EXTERMINATE ISWAP/BHTS IN ENCOUNTER … 4 others get killed in IED Explosion.

Troops of Joint Task Force North East Operation HADIN KAI (OPHK) deployed alongside Cameroonian Defence Force have exterminated four ISWAP/BHTs at the Forward Operating Base (FOB) Wulgo, on 18 October 2021. The vigilant troops successfully foiled an attempted infiltration of the terrorists group into the camp, while on a patrol to dominate their area of responsibility. The troops swiftly responded with overwhelming volume of fire and spontaneous reinforcement from the Battalion Headquarters, compelling the terrorists to retreat.

Troops immediately carried out a hot pursuit and exploitation after the encounter, along the terrorists’ route of withdrawal and neutralised three BHTs. The gallant troops also recovered three AK 47 rifles, six magazines and 50 rounds of 7.62mm special.

In another development, four ISWAP/BHTs terrorists have met their waterloo same date, around 151 Battalion location. The terrorists were burnt beyond recognition, as their Gun truck mounted with Anti Aircraft Guns ran over Vehicle Improvised Explosive Device. Own troops are currently conducting further exploitation ahead of the location to clear any surviving terrorist.

The Chief of Army Staff (COAS), Lieutenant General Faruk Yahaya has commended the efforts of the troops and charged them to remain aggressive and focused, as they dominate their areas of operational responsibility, in order to ensure complete extermination of the terrorists and restoration of normalcy.