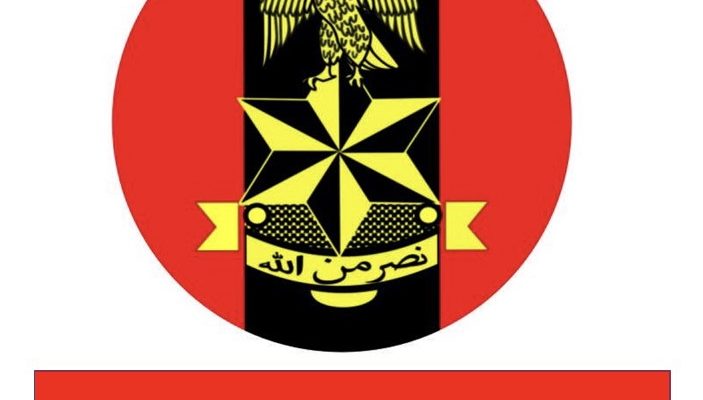 A video trended on Thursday 28 Oct 21 of an armed gang strutting into a gas station somewhere in the South East. They came in a convoy of six cars to fill their tanks and to help themselves with some refreshments in a supermarket within the station – never mind that the gas attendants were too terrified to ask for payments for their services and the toughies didn’t offer to pay, anyways.

The narrator in that video was kind enough to identify the fellows. He enthused that they are Biafran National Guards and that they were on ground to liberate the prisoners of conscience. “You can see them in their various cars ready for war, war for the liberation of Biafra has just began”. He went on to introduce one of them he identified as General Innocent Orji, the gang’s Commander and asked him what was their mission. The ‘General’ said they just came back from Israel and that “We want to tell them that Anambra election will not hold. We are going to restore the Biafran sovereignty… “. Shortly after, they drove off to God knows where for their operation. Well, they did not fulfil their mission nor got to their destination as they would soon run into troops of the Nigerian Army who are currently conducting exercise Golden Dawn in the general area.

Later in the day on Thursday 28 Oct 21, another video surfaced in which the now deflated and thoroughly battered gang were seen retreating after losing 3 of their cars and one of the gang members in Abia State while others escaped with gunshot wounds. Troops of Nigerian Army also pursued the retreating gang to Ebonyi State, where they abandoned two more of the vehicles they earlier fueled. Nevertheless, one of the gang members was arrested. So in one day, they lost 5 of the 6 vehicles they fueled at the gas station on Thursday 28 Oct 21.

Thinking they could perhaps surprise troops in other parts of the South East, the retreating gang members regrouped and launched multiple attacks in Anambra State on Friday 29 Oct 21. Again, just like what befell them in Abia State, troops in Anambra State also killed four of the gang members, recovered two additional vehicles and four motorcycles among others items. In just two days, in offensives initiated by the gang, the Nigerian Army effectively took out the so called Biafran National Guard.

All the braggadocio and tough-talking that we saw of them in the first video waltzed into desperate voice of anguish and confusion. To save face, they have now resorted to peddling unfounded conspiracy theories of how Nigerian Security Forces are the founders and sponsors of the same group that vowed to kill Nigerian Security Forces. Such cacophony of illogic and confusion can only be the result of a huge and debilitating defeat in just a matter of two days. Indeed, the gang’s casualty figure is most likely higher than the total of five and one captured that soldiers recovered as the fleeing terrorists may have made away with some of their dead colleagues.

What is even more irksome is how a band of untrained, drug-induced, car-snatching hoodlums will set out to cause mayhem in the society in the name of Biafra restoration and expect to have a free reign. What were they thinking? That the state will simply look the other way while a bunch of criminal minds continue to run riot, kill, maim and rape innocent law abiding Nigerians?

Explaining how it went down on Friday 29 Oct 21 when the troops confronted the bandits, the Director Army Public Relations, Brig Gen Onyema Nwachukwu, said “Troops of 82 Division Nigerian Army conducting Exercise GOLDEN DAWN have neutralised four gunmen of the proscribed Indigenous Peoples of Biafra/ Eastern Security Network (IPOB/ESN) in a fierce encounter at Nnobi Junction, Idemili South Local Government Area on Friday 29 October 2021. This followed the assailants’ armed attack on personnel of security agencies deployed at Ekwulobia Round About in Aguata Local Government Area of Anambra State, during which troops swiftly mobilised to the scene and subsequently embarked on pursuit of the criminals along Nnewi – Nnobi road”.

According to the Army Spokesman, troops made contact with the fleeing gunmen and engaged them in a fire fight, neutralizing four of the criminals. “The gallant troops also recovered two AK-47 Rifles, one GALIL Ace 5.56 x 45 IWI Gun and one Avofeng Hand held radio among others”.

Kudos to the gallant troops of the Nigerian Army for stopping this particular group in its track. Who knows, they would have struck one innocent soft target or the other all in the name of ‘liberation’. The fact that one of the vehicles recovered from the criminals belong to a traditional ruler in Abia State. Imagine such imprudence as to forcefully dispossess a revered traditional ruler of his official vehicle and in the same breadth claim they are fighting for the good of the Igbos. Had the troops not obliterated them, they would have been prancing around in stolen cars and rifles to terrorize and brutalize innocent Nigerians who are minding their own businesses.

Their tragic end is the fate that awaits those who have chosen the path of violence and terrorism; it is the consequence of criminality and delinquency. It is what you get when you set out to confront the state and seek to derail its organized democratic structures and institutions.

Like Gen Nwachukwu rightly noted in his press statement, the recent attacks are part of the proscribed IPOB/ESN’s plan to instill fear in the public and sabotage forthcoming Anambra State Governorship Election. It is reassuring that Nigerian Army has taken the lead, along with sister services and other security agencies, to ensure that law abiding citizens are protected as they go about exercising their civic responsibilities and democratic rights.