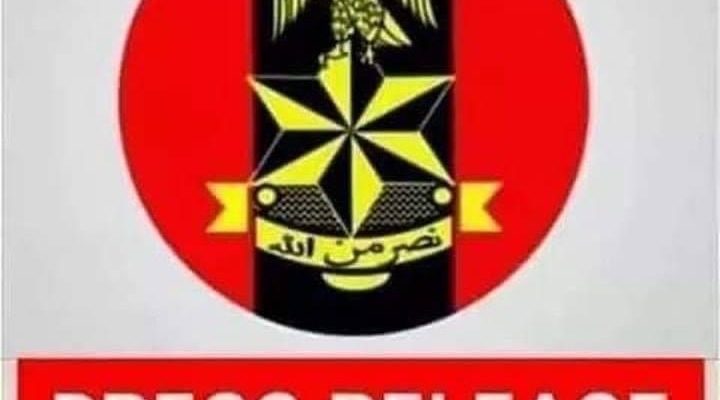 Troops conducting Exercise GOLDEN DAWN have dispersed IPOB/ESN hoodlums carrying out arson while enforcing the illegitimate Sit-at-Home order imposed by the proscribed group at AWO-MMAMMA Community, Oru East Local Government Area of Imo State on 22 November 2021. In the quest to compel citizens to comply with the unlawful order, IPOB/ESN criminals indulged in harassment, intimidation and physical abuse of commuters going about their lawful businesses. The criminals went further to carry out arson and destruction of businesses and homes at Ishieke junction (along Owerri-Onitsha express way) as a vendetta against the citizens for not complying with the illegal order.

The hoodlums who had earlier blocked the highway, set ablaze a commercial vehicle heading towards Onitsha. Vigilant troops responding to distress calls by motorists and shop owners swiftly moved to the scene and engaged the hoodlums in a firefight. The troops overwhelmed the hoodlums forcing them to scamper in different directions.

The troops pursued the hoodlums to their hideout in Akatta Community in Oru East LGA, where a member of the group was neutralized in the shootout. While the troops engaged the hoodlums in their hideout, other members of the group who alleged that some individuals had volunteered information to the troops mustered at Ishieke junction and set ablaze houses and businesses of law abiding citizens. The troops again returned to the junction to disperse the hoodlums. Unfortunately, a galant soldier paid the supreme prize in defence of the people.

It is on record that since the sad events of 5 April 2021 when some unscrupulous elements invaded the Custodial Centre in Owerri and freed more than 1,800 inmates, there has been an upsurge in criminalities such as kidnapping, car jacking, robbery, unwarranted killing and arson in Imo State. These criminal elements have since then wreaked havoc in the State and its environs.

Even in the face of unwholesome propaganda by IPOB/ESN, other criminal elements and their collaborators to misinform and mislead Nigerians on the truth regarding the arson at Awo-Mmamma, the NA will continue to remain professional.

The NA appeals to the good people of Imo State to ignore the propaganda and threats by IPOB and its affiliate groups, who despite their deceitful calls cancelling the monday sit at home order, have continued to intimidate and harass citizens who come out to do their legitimate business.