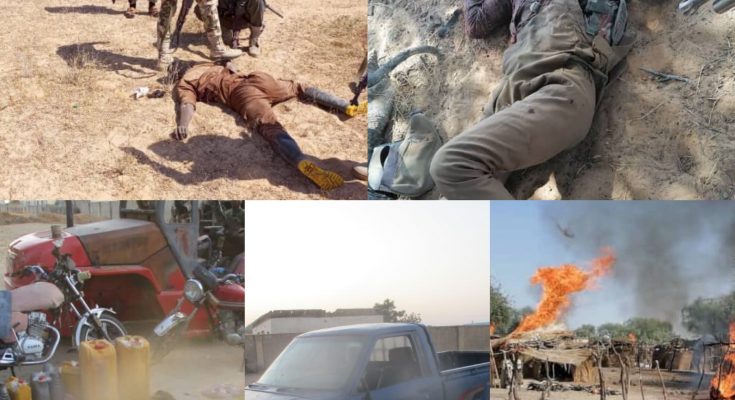 The gallant troops, while conducting clearance operations, code named Operation DOMINANCE I, came in contact with the terrorists at an illegal market operated by the terrorists in Gallo Malawari Village. In the fierce encounter, three BH/ISWAP terrorists were neutralized, while others, bowing to superior firepower retreated in disarray.

Troops recovered one AK 47 Rifle, a truck, two Motorcycles, four empty magazines and rounds of 7.62mm ammunition amongst others.

Previous PostCOAS FELICITATES WITH OFFICERS, SOLDIERS, FAMILIES ON ARMED FORCES REMEMBRANCE DAY CELEBRATION 2022...Assures of care for the injured Next PostHMOD CHARGES NEWLY PROMOTED GENERALS ON LOYALTY AND PROFESSIONALISM…Urges them to restore peace and security in the country