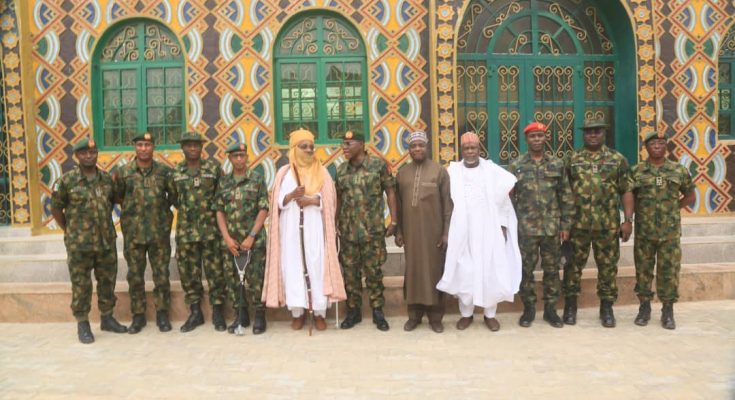 ANTI BANDITRY OPERATIONS: Army Gets Accolades from Government and People of Jigawa

Jan 29, 2022Press ReleaseComments Off on ANTI BANDITRY OPERATIONS: Army Gets Accolades from Government and People of Jigawa

The Governor of Jigawa State Muhammed Abubakar has expressed the appreciation of the government and people of Jigawa state to the Chief of Army Staff (COAS) Lt Gen Faruk Yahaya and troops of the Nigerian Army (NA) for their sacrifices and commitment in tackling banditry and other sundry crimes in the state.

The Governor, who was represented by his Deputy, Mallam Umar Namadi gave the appreciation today Friday 28 January, 2022 during COAS’ visit to the Governor, while on a working cum operational tour of formations and units in North West Nigeria. The Governor described the visit as a clear indication of the commitment and resolve of the NA to deal with banditry and other forms of criminalities in the region. He further assured the COAS of the support of the government and people of Jigawa state in partnering with the NA and other security agencies in the state to restore normalcy in the state and the region as a whole.

In the same vein, the Emir of Dutse, Dr. Nuhu Sanusi has expressed appreciation of the Emirate Council of Dutse to troops of the NA and other security agencies for their untiring effort in ensuring peace and stability in the state. The Royal father gave the kudos, when the COAS visited him in his palace today to pay obeisance and solicit the support of members of the traditional institution, whom he said are key stakeholders in the national security architecture.

The Royal father noted that the people of the emirate are eager for the NA to fully occupy the new barracks being built in the state.

The Emir also intimated the COAS of the “Justice for All Programme” initiated by the Emirate, which he maintained, will complement the effort of the NA towards ensuring peace.

Speaking, the COAS stated that he was in the state as part of his tour of NA formations and units across the country to assess their needs and challenges especially in ongoing operations.

Gen Yahaya called for the support and cooperation of the government and people of the state in the fight against banditry and other criminalities confronting the nation, adding that their support is essential for operational success.

The COAS also used the opportunity to express gratitude to the government and people of the state for providing suitable land, where the NA is currently building a barracks to further enhance its presence and operations in the state. He added, that the NA under his watch is resolute in dealing with the security challenges bedeviling the nation. 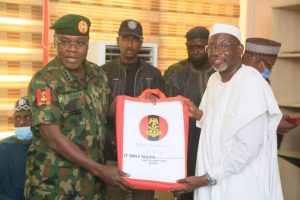 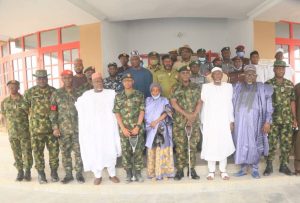 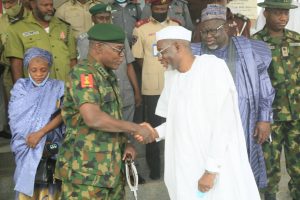 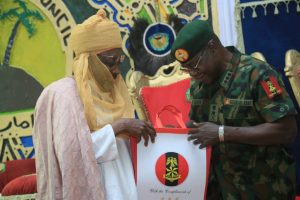 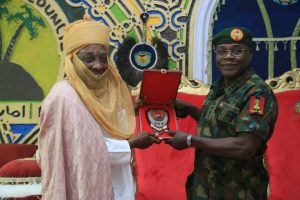 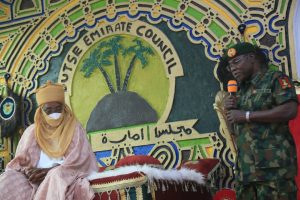 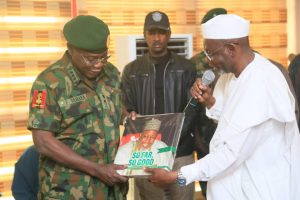 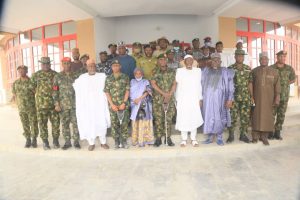