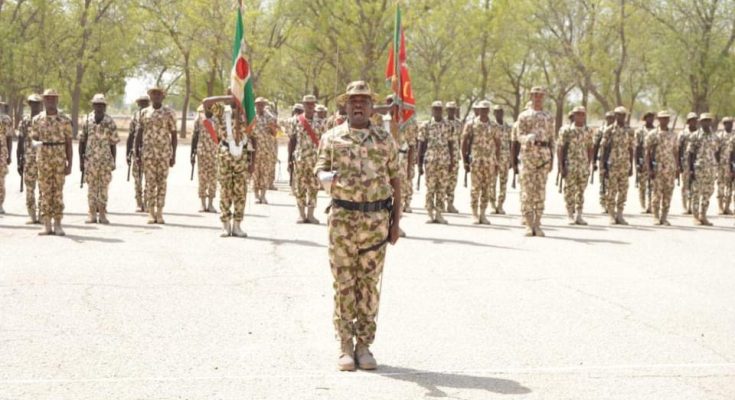 General Waidi Shaibu who was the Reviewing Officer during the parade stated that, the presentation of medals in the Nigerian Army is an age long tradition of recognizing, appreciating, honoring and documenting the services and effort of our deserving personnel. He further stated that medal presentation is also a way the Nigerian Army shows love and support for its personnel who sacrificed their lives and freedom for their fatherland.

As part of his remarks, Major General Shaibu expressed appreciation to personnel especially those who lost their lives since the beginning of the Counter Insurgency Operations. He pointed out that the Division has been the backbone of the operation since its establishment in 2003 till date. He also used the opportunity to congratulate officers and men that were decorated with the medals stating that “Nigeria and Nigerian Army are profoundly proud of you for sacrificing everything to keep the citizens safe and in peace”.

In addition, the GOC conveyed the Chief of Army Staff (COAS) message of appreciation and also urged troops to give more in the ongoing Ops DESERT SANITY and LAKE SANITY in order to completely decimate the remnants of BHTs/ISWAP marauding within our Area of Responsibility. According to him, successes being recorded are testimony of troops bravery, dedication, courage and discipline. He urged the officers and men not to relent till all assigned tasks are accomplished. Finally, he promised his continuous purposeful leadership required to achieve the mandate.

Highlights of the event was the Inspection of Parade, Decoration of Troops and Group Photograph. 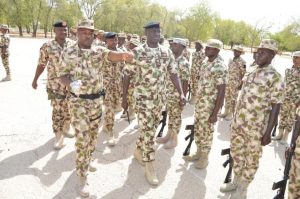 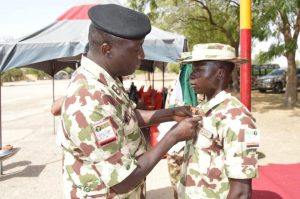 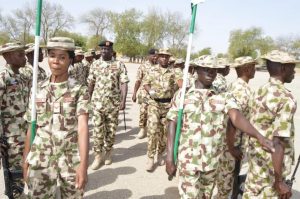 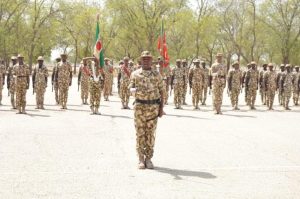 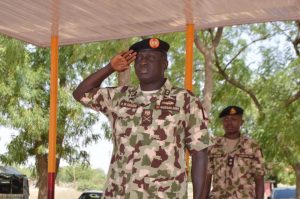 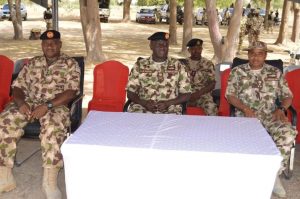 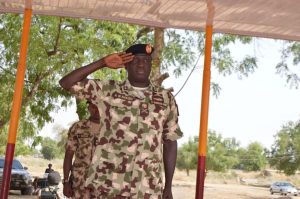 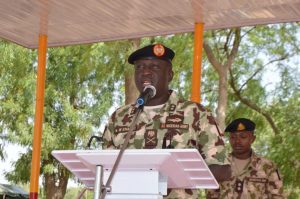