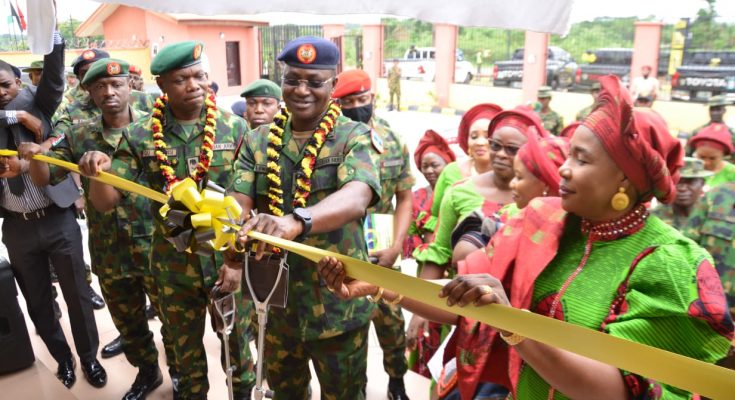 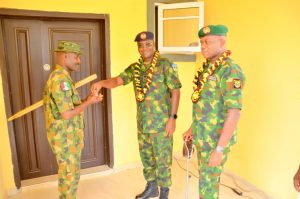 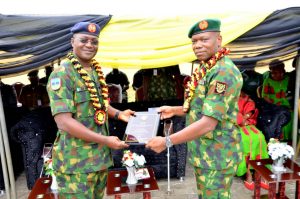 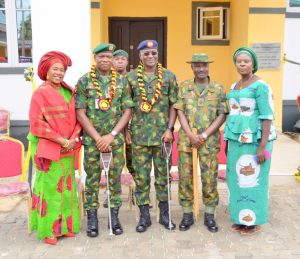 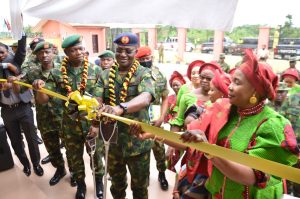 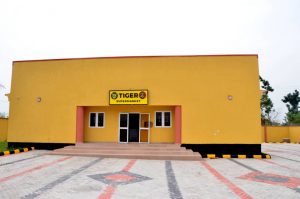 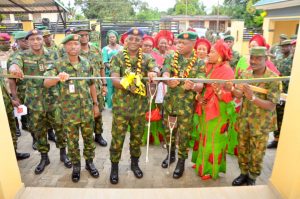 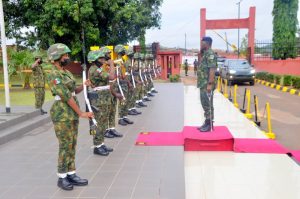 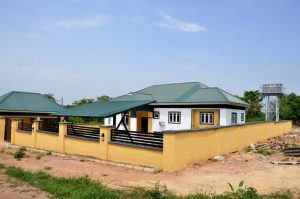 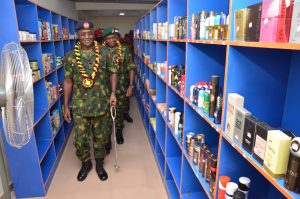 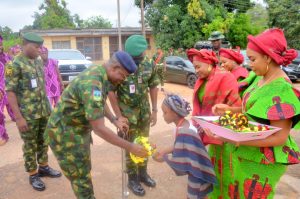 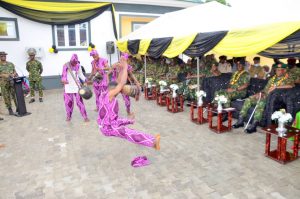 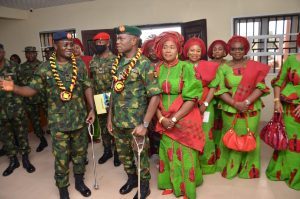 The Chief of Army Staff (COAS), Lieutenant General Faruk Yahaya has reiterated that the Nigerian Army under his watch will continue to accord utmost attention to the welfare of its personnel and their families.

Lieutenant General Yahaya who stated this during the commissioning of the new 2 Division Regimental Sergeant Major (RSM) Residence and the Tiger Supermarket at Adekunle Fajuyi Cantonment Ibadan, points out that the two projects are in line with his vision, as well as create a conducive environment for personnel towards better output in the performance of their duties.

The COAS represented by the Commander Nigerian Army Corps of Signals, Major General Abiodun Owolabi gave assurance that despite the nation is currently facing several security challenges, ranging from insurgency, banditry, kidnapping and militancy to violent agitations, he will continue to prioritise troops welfare both in operational areas and in the barracks to ensure every soldier and his family members are well catered for.

He charged the troops to reciprocate this gesture by taking good care of the facilities that were provided for prolonged use. The COAS appreciated Officers and Soldiers of the Nigerian Army for their resolute contributions in the fight against insurgency both in the North East and other parts of the country.

The COAS used the medium to appreciate the President and Commander-in-Chief of the Armed Forces of the Federal Republic of Nigeria, President Muhammadu Buhari for his steadfast support to the Nigerian Army and assured him that the force remains totally committed to ensuring the total defeat of the insurgents in the North East and other parts of the country.

In his welcome address, the General Officer Commanding (GOC) 2 Division Nigerian Army, Major General Gold Chibuisi noted that, service discipline and professional knowledge imbibed from Regimental Sergeant Majors by soldiers build the foundation of trust and confidence which in turn enhances stability of formations and units across the Nigerian Army.

Major General Chibuisi commended and appreciated the COAS for boosting troops morale and reinvigorating their fighting will with prompt implementation of welfare policies and dispensation of welfare packages through his command policies and administration. He said the completion of the RSM Resident and the Tiger Supermarket evidently depicts the resolve of the Nigerian Army to improve the well-being of its personnel, as well as the COAS commitment to restoring Regimental Sergeant Majors to their place of pride in the NA.