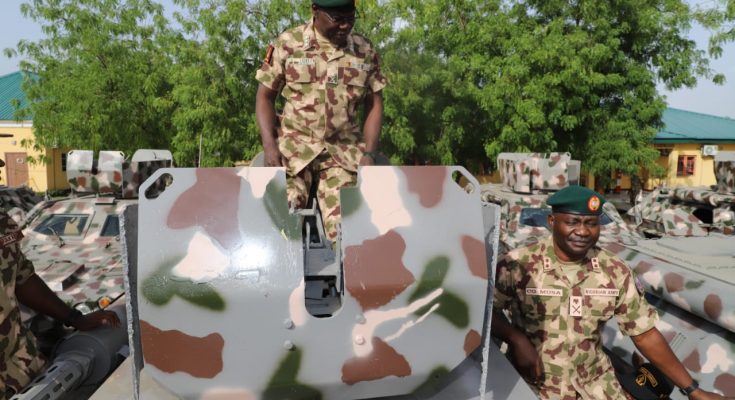 COAS TO TROOPS IN THE NORTH EAST AS EID-EL-FITR APPROACHES – “Remain Dogged, Unrelenting”

May 01, 2022Press ReleaseComments Off on COAS TO TROOPS IN THE NORTH EAST AS EID-EL-FITR APPROACHES – “Remain Dogged, Unrelenting”

The COAS, who was on routine operational visit to the JTF OPHK to assess the level of successes recorded thus far, called on troops to be more decisive in routing the criminal elements from their enclaves.

Gen Yahaya arrived the theatre of operations in company of some principal staff officers, where he was given an update on the ongoing Operation DESERT SANITY and Operation LAKE SANITY. He expressed satisfaction with the successes so far, urging them to remain vigilant and proactive during the Eid-el-Fitr Celebration.

General Yahaya enjoined troops to continue to decimate the insurgents, and deny them freedom of action. This he said, will provide a safe environment and opportunity for other elements of national power to play their statutory roles in the fight against terrorism and insurgency in the theatre.

The COAS was conducted round on inspection of some combat equipment recently revamped using the Nigerian Army Electrical Mechanical Engineers Corps repair capability. 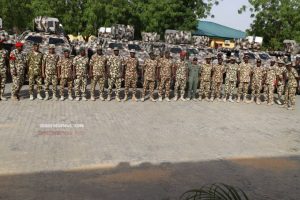 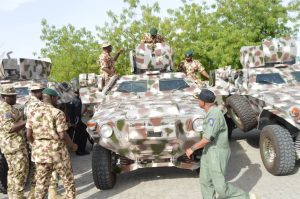 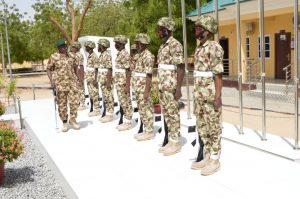 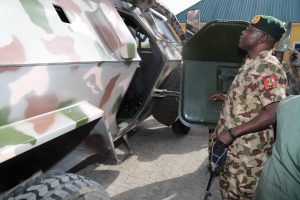 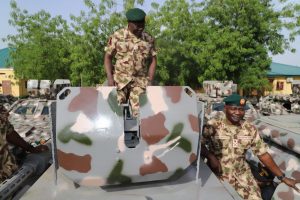 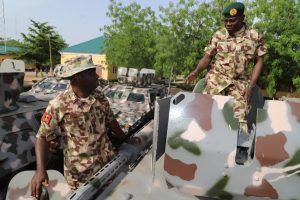 Previous PostCOAS FELICITATES WITH TROOPS ON EID-EL-FITR, CHARGES THEM TO REMAIN LOYAL APOLITICAL Next PostNEW MOD PERMSEC CALLS FOR WHOLE-OF -SOCIETY APPROACH IN COMBATING INSECURITY ...harps on synergy between Ministry of Defence and Nigerian Army