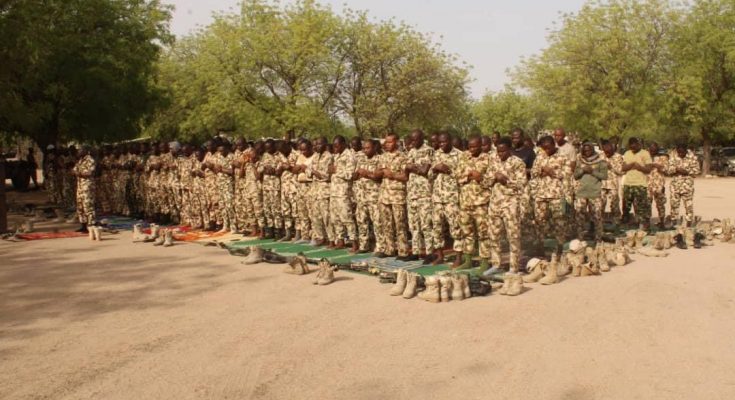 May 03, 2022Press ReleaseComments Off on NIGERIAN ARMY CELEBRATES EID-EL- FITR IN MONGUNO

The event which commenced with Eid prayers at the Kinasara Cantonment prayer ground where muslim officers and men were led by the Sector Chief Imam Captain Mohammed Habib Ilal-Amam in prayers for the successful end of one month fast during the holy month of Ramadan.

Similarly a Sallah luncheon was organized by the Commander Sector 3 Major General Godwin M Mutkut, the COAS Lieutenant General Faruk Yahaya Eid- el – Fitr Goodwill message was delivered to the officers and men by the Commander.

In his remarks, Major General Mutkut urged the troops to redouble thier efforts for more achievement in the fight against insurgency as a way of appreciating the Chief of Army Staff usual support to the troops in the Theater.

Dignitaries that graced the occasion were the Vice Chairman Monguno LGA Hon Sanda Amodu, some staff of the Local Government and members of Civilian Joint Task Force. 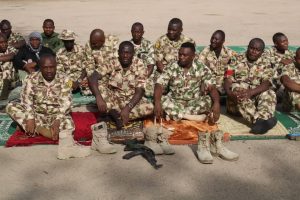 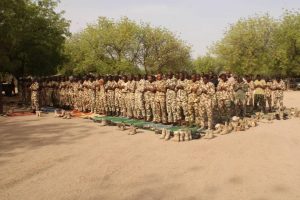 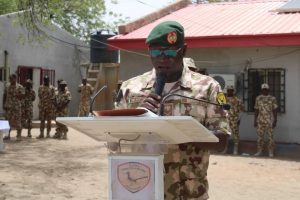 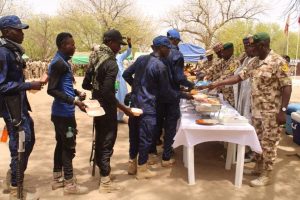 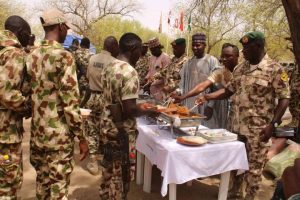