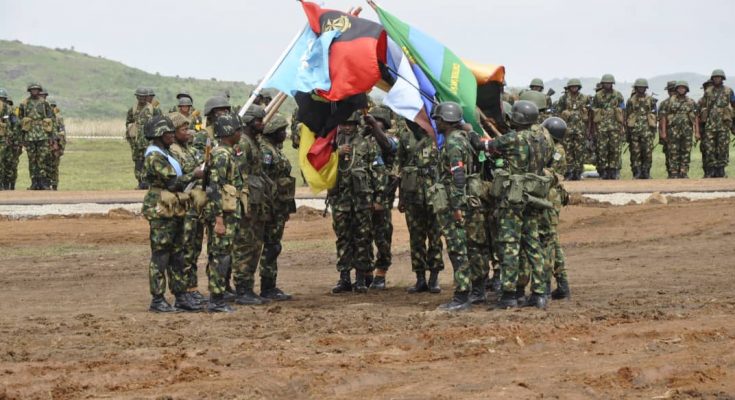 The Executive Governor of Plateau State state, Rt Hon Simon Bako Lalong, has commended the selfless sacrifices, Nigerian Army(NA) has continued to make in the discharge of her constitutional roles to the nation. He gave the commendation today Monday 23 May 2022, while declaring the Nigerian Army Small Arms Championship (NASAC) 2022 open at the 3 Division Small Arms Shooting Range in Miango, Jos, Plateau State.

Governor Lalong, who was the Special Guest of Honour at the opening ceremony of the championship, noted that personnel of the NA have over time, demonstrated requisite skills and competencies necessary to enhance the nation’s security. He added that the NA have been professional in addressing cases of insecurity, where lives and property were threatened.

Governor Lalong observed that the shooting competition will present a veritable avenue for the participants to discover their hidden potentials, as well as sharpen their shooting skills, which he maintained are essential to enhance ongoing operations of the Nigerian Army.

Speaking further, Lalong enjoined the participants to leverage on opportunities provided by the Championship to perfect the impressive work the NA is doing across the country.

He expressed appreciation to the Chief of Army Staff (COAS), Lieutenant General Faruk Yahaya, for finding Plateau state worthy of hosting one of the significant events of the Nigerian Army.

Earlier, in his welcome remarks, the General Officer Commanding 3 Division, who also doubles as Commander Operation SAFE HAVEN, Major General Ibrahim Ali, thanked the COAS for approving the upgrading of 3 Division Small Arms shooting Range, Miango. He Stated that the Championship will
assist in improving troops’ proficiency in weapon handling. Gen Ali also disclosed that the exercise is in furtherance of the actualization of COAS’ vision for the Army.

The GOC expressed gratitude to the people and Government of Plateau State for their untiring support to 3 Division, adding, that the Miango range will remain a permanent venue for NA Small Arms Championship in the future.

Presenting a souvenir to the Special Guest of Honour, the COAS Lt Gen Faruk Yahaya, represented by the Commander Training and Doctrine Command, Major General Stevenson Olabanji, urged the participants to exhibit the spirit of sportsmanship throughout the week long event. He extolled the people of Plateau state for their hospitality.

Present at the event were the Deputy Governor of Plateau state, Prof Synny Tyoden, members of Plateau State Executive and Legislative Councils, senior officers both serving and retired, heads of security agencies, Royal fathers, amongst others. 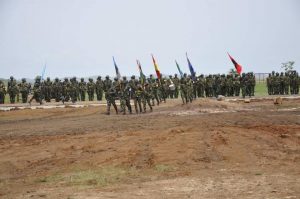 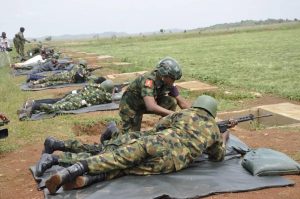 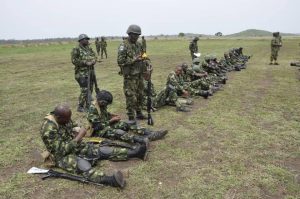 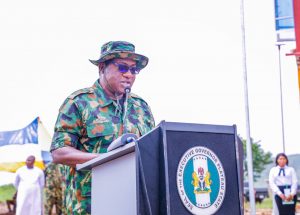 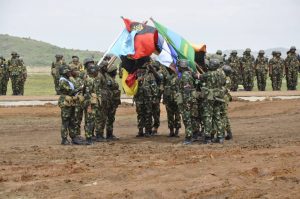 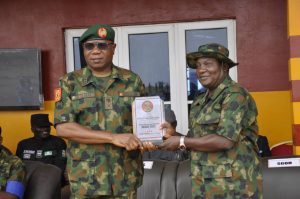 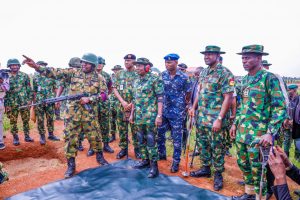 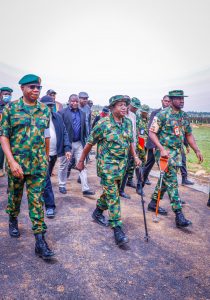 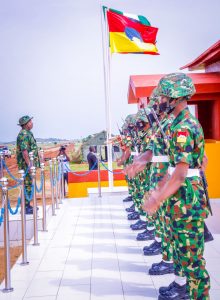 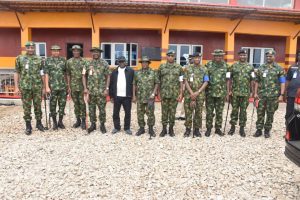 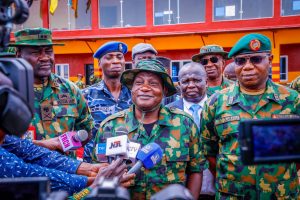 Previous PostCOAS HONOURS 81 DIVISION RETIRED OFFICERS…Urges them not to rest until the security challenge in the country is brought to an end. Next PostALLEGATION OF SOLDIERS BEING SHORTCHANGED MISGUIDED, UNTRUE