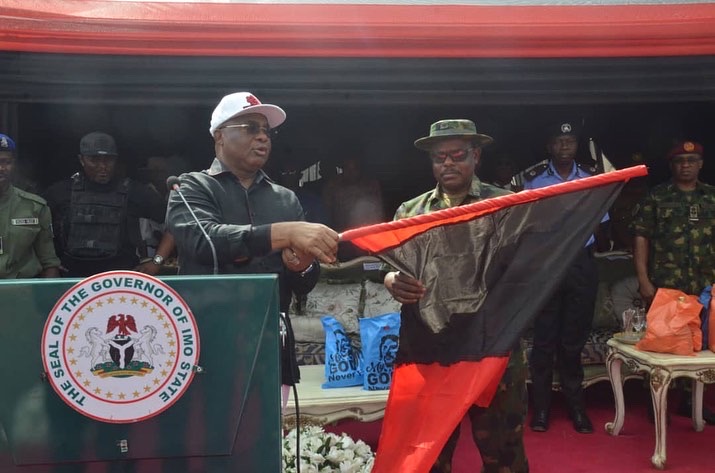 Sen Hope Uzodinma commended the troops of the brigade and other security agencies for their selfless and untiring service to the State and the Nation at large.

The governor stated that the flag off of the exercise was timely especially as the yuletide season approaches. He said that the state government will continue to support the Nigerian Army and all other security agencies in the fight against armed robbery, kidnapping, the sesessionist group like IPOB/ ESN and other criminal elements in the state.

He further said that since the deployment of troops of the brigade at Orlu, relative peace had returned to Orlu and it’s environs.

Earlier in his welcome address, the Commander 34 Artillery Brigade Brig Gen Sani Sulaiman said that the exercise is meant to consolidate on the gains so far made. He said that the Brigade will continue to synergies with other security agencies so as to bring lasting peace in the state.

Highlights of the ceremony was the official flag off by the governor and tour round the camp.