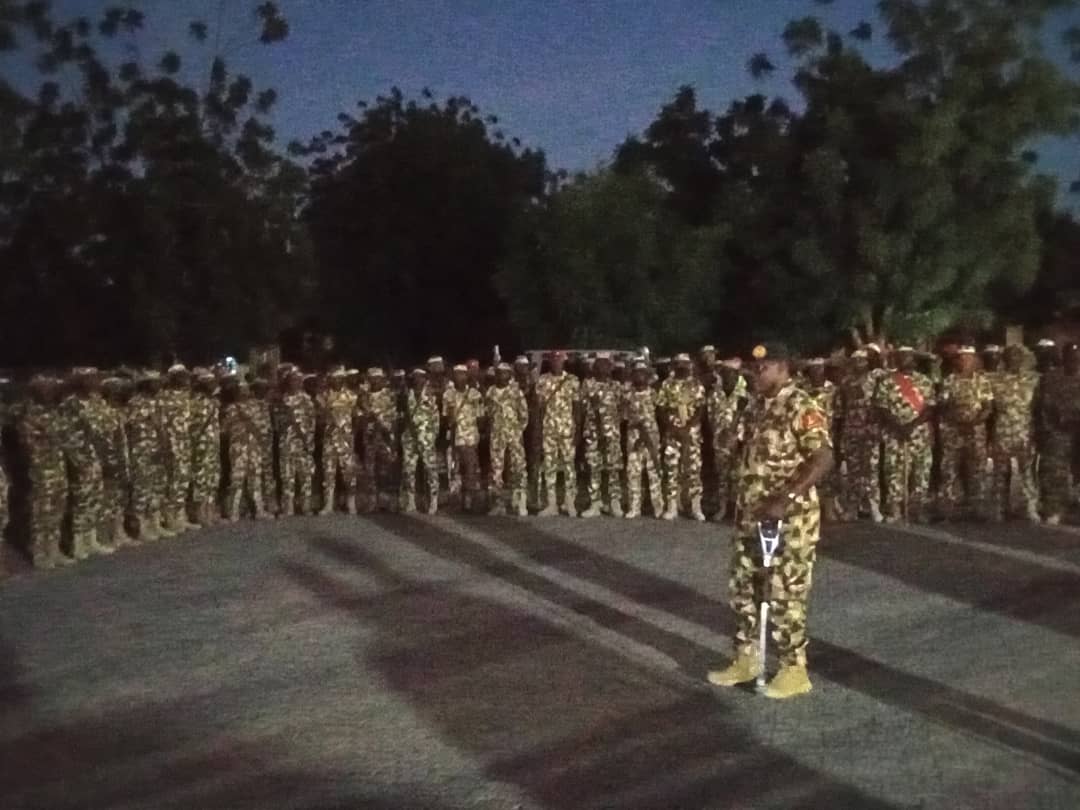 The Chief of Army Staff ( COAS) Lieutenant General Faruk Yahaya has commenced an assessment and morale boosting tour of the North East Theatre of operations. The Army Chief, accompanied by the Chief of Operations (Army) Maj Gen Olufemi Akinjobi and other Principal Staff Officers (PSOs) arrived Maiduguri on Thursday 3 November 2022 and immediately swung into action, taking briefs on the security situation, as well as other operational and administrative activities. The COAS, thereafter proceeded to Baga; a town in the northeastern state of Borno, near Lake Chad, where he was received by the Force Commander Multinational Joint Task Force Maj Gen Abdulkalifa Ibrahim, before addressing troops conducting Operations Lake Sanity in the Lake Chad Basin.

Addressing the troops, the COAS lauded them for their resilience in combating terrorism and other security challenges bedeviling the country, urging them to remain alert and vigilant to sustain the operational gains so far achieved in the fight against the criminals. He noted that farmers and herders are now returning to their ancestral lands and occupations, describing it as an indication of progressive restoration of peace.

The Army Chief extolled the Commander in Chief of the Armed Forces of Nigeria President Muhammadu Buhari for his tireless support in providing combat enablers to prosecute ongoing operations across the nation. He also expressed appreciation to sister services, other security agencies and the public for their unrelenting support to the Nigerian Army in executing its constitutional mandate. Gen Yahaya, who pointed out, that elections are soon approaching, charged the troops to leverage on past experience and adhere strictly to the newly approved Nigerian Army’s (NA) Code of Conduct for personnel while supporting the lead security agency during elections. Citing the recent flag off, of Exercises Golden Dawn, Still Waters and Enduring Peace across all Army formations in the country, the COAS reiterated NA’s resolve to continue to conduct Exercises and Operations to checkmate insecurity and create peaceful atmosphere in support of civil authority.