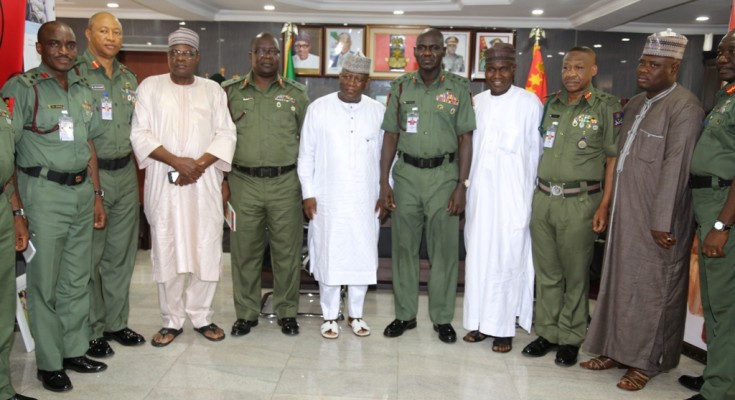 The Zamfara State government has sought the support of the Nigerian Army to tackle the daunting security challenges facing the state. The State Governor and Chairman, Nigeria Governors’ Forum, Alhaji Abdul’aziz Abubakar Yari, made the appeal recently when he paid a courtesy call on the Chief of Army Staff, Lieutenant General Tukur Yusufu Buratai, at the Army Headquarters.

Governor Yari stated that activities of bandits in the State are beyond cattle rustling as the criminals are said to be using sophisticated weapons, thereby posing a security threat on four Local Government Areas of the state. He therefore requested for deployment of more troops in the state to curb incessant cattle rustling and other criminalities which have taken a new dangerous dimension in recent times, adding that the state government had earlier written to the Federal Government on the situation. 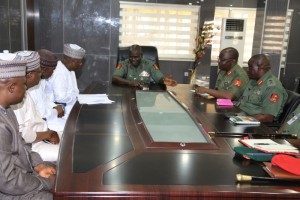 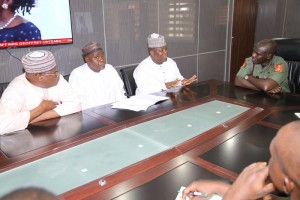 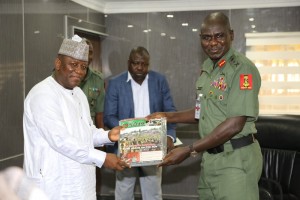 Responding, the COAS thanked the Governor and members of his entourage for the visit and assured him that the Army would do everything possible to ensure that cattle rustling and other forms of criminalities in the state are already being given necessary attention. He added that the Army was already working out ways to rid the state of all criminal elements, emphasizing that the Nigerian Air Force is providing aerial surveillance for the operation. The COAS disclosed that the 2016 Nigerian Army Day Celebration (NADCEL), would hold in Zamfara State, to further strengthen the already existing cordial relationship between the State Government and the Nigerian Army.

Present during the visit were some Principal Staff Officers of both the Army Headquarters and the Zamfara State Government.