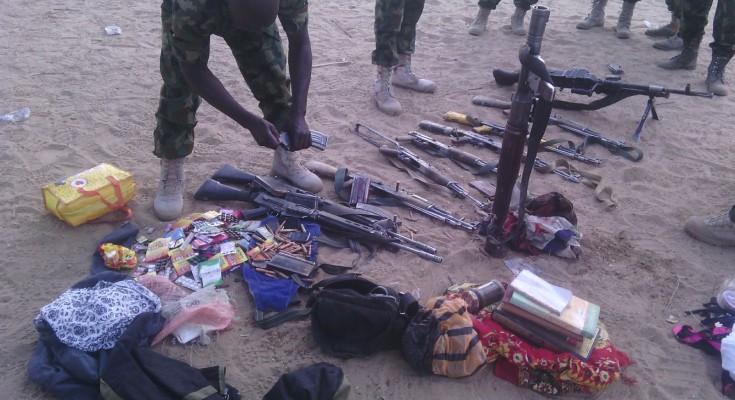 Following reliable information on the presence of some Boko Haram terrorists,  troops of 113 Battalion conducted a fighting patrol to Dunga general area on Thursday during which they discovered and destroyed a Boko Haram terrorists’ camp at Alajeri village in Guzamala Local Government Area of Borno State.

The troops are in high spirits because of the success of the operation coupled with the fact that there was no casualty or injury on the part of the troops.