TROOPS OF 7 BRIGADE RECORD ANOTHER SUCCESS

In a bid to further consolidate the successes so far recorded in the clearance operations of the remnants of the Boko Haram insurgents, again the gallant troops of 7 Brigade Quick Reaction Force on a routine fighting patrol had an encounter with members of the Boko Haram moving on 3 motorcycles along Kekeno axis linking  Dabam Masara.

During the pursuit, troops killed 2 Boko Haram terrorists and recovered  2 AK-47 rifles, 3 motorcycles and one tear gas from the terrorists. Other items recovered include 4 mobile telephone handsets, assorted sizes of bathroom slippers, food flasks, plastic cups, amongst others.

It would be recalled that this same troops yesterday killed a wanted Boko Haram kingpin who is on serial 95 on the first Nigerian Army wanted list of 100 Boko Haram terrorists leaders.

In addition, they also recovered quite a number of items from the terrorists which include 1 AK-47 rifle, 3  rifle magazines, 1 Hewlett Packard  laptop, 2 External hard drives, a pair military and Nigeria Police camouflage uniform, a  camel bag, 3 mini solar panels, assorted charms, fishing nets and soldering iron, amongst others. 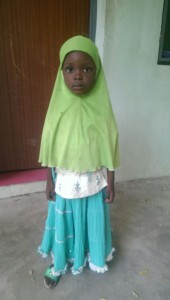 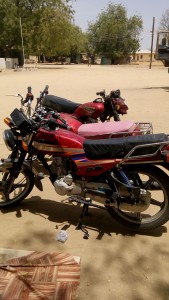 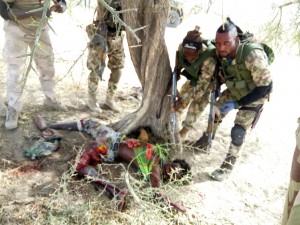 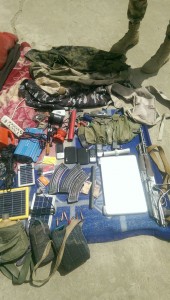 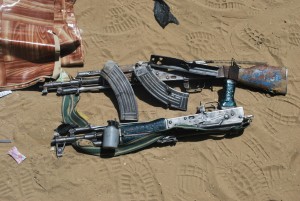 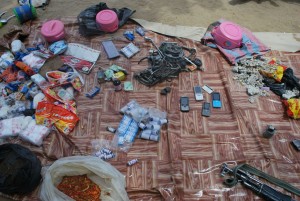 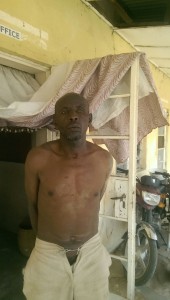