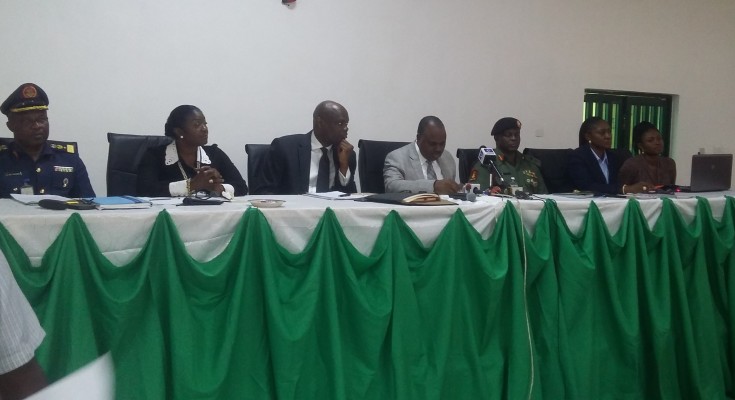 The Executive Secretary of the National Human Rights Commission (NHRC) Prof. Bem Angwe has called on the military and other security agencies to make conscious efforts to create a balance in ensuring security of the country and protecting human rights. He made the call during the third “National Human Rights Commission/Nigerian Military dialogue on human rights protection” held at the NHRC headquarters Abuja.

“Sometimes you find out that Nigerians violate these signs by making calls or infringing on the rights of the security agencies and expecting the commission to protect their rights through series of complain to the commission, we want respect from both side, respect the military by obeying their simple instructions, “The Military have Right too” he stated.

He particularly commended the Nigerian Army and the Chief of Army Staff (COAS) Lt Gen TY Buratai, saying that since the establishment of the Human Right Desk in the Nigerian Army headquarters under the control of Maj Gen RI Nicholars as Chief of Civil Military Affairs (CCMA), complaints of human rights abuse to the commission have reduced.

In his remark, the CCMA, Maj Gen Nicholas, reiterated that the Nigerian Army respects the rules of engagement as enshrined in the 1999 Constitution, and under the present administration of the current COAS Lt Gen TY Buratai, the Nigerian Army has remained professional and responsive in the discharge of its constitutional roles. He also stated that, the Nigerian Army has also established a Human Rights Desk and also collaborate with Nigerian Bar Association to foster human rights

The Director of Air Force Civil-Military Relations Commodore Afam Chukwu, who was present at the meeting, also reaffirmed the commitment of the Air Force to the protection of peoples’ rights.

The Minister of Justice Mr Abubakar Malami, represented by Mrs Antoinette Oche-Obi, said the dialogue would help to ensure that both the military and civilians were guided by the rule of law in their interactions. He also expressed optimism that it would go a long way to improve operations in the security system of the country.

Issues of alleged human right abuse were further discussed but this was done behind closed doors. 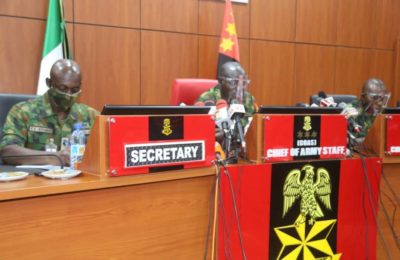