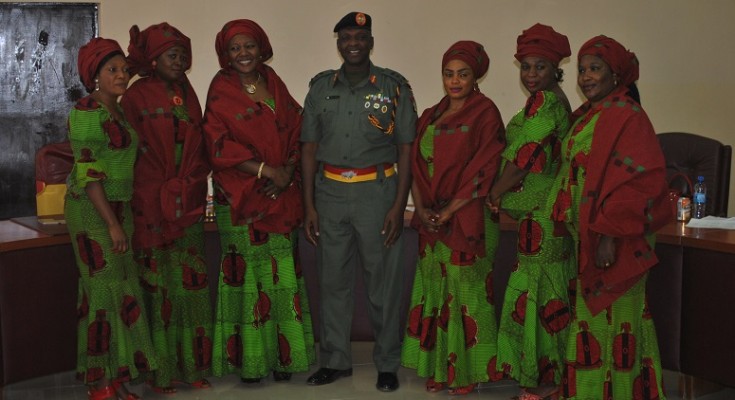 The President Nigerian Army Officers Wives Association (NAOWA), 3 Division Chapter has made a passionate appeal to the Acting General Officers Commanding (GOC) 3 Division Brig Gen Mohammed Aliyu to support the organization. She made the plea when she led a delegation of NAOWA members on a courtesy call to the GOC in his office recently.

Earlier in her remarks, the NAOWA President 3 Division Chapter and Leader of the delegation, Mrs Asmau Aliyu said that the purpose of her visit was to congratulate the GOC on his appointment as well as to appreciate him and his Principal Staff Officers for the good work they were doing especially in the onslaught against the insurgents in the North Eastern part of the country and pledged their support at the home front.

Mrs Asmau said NAOWA was a non-governmental organization that seeks for support from well-meaning Nigerians and Corporate organizations. She added that the organization was deeply touched with the plight of the widows in the barracks who lost their husbands as a result of the fight against insurgency. 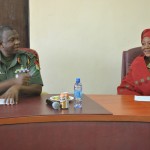 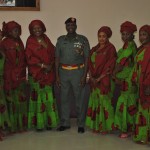 She said that NAOWA has organize a programme to train and empower about 64 widows in the barracks on skill acquisition to enable them do something meaningful with their lives. She highlighted other projects which her chapter equally embarked on for the welfare of NA personnel and their families living in Rukuba Barracks. These include rehabilitation of the NAOWA Vocational Center, Computer school and the NAOWA Nursery and Primary schools that are yearning for rehabilitation. She solicited for financial assistance and support of the Division to enable the organization to actualize these objectives.

Responding the GOC appreciated the visit and commended the NAOWA for the initiative particularly the empowerment of the widows in the barracks whose husbands were killed in the cause of the insurgency. He said the initiative was highly motivating and commendable. He urged them to be focused especially in their efforts to empower the widows who lost their spouses in the North East. He described the projects as service to humanity and promised to support the projects. Highlight of the visit was the presentation of souvenir by the GOC to the NAOWA President 3 Division Chapter.  The President NAOWA 3 Division Chapter was accompanied during the visit by NAOWA executive members.