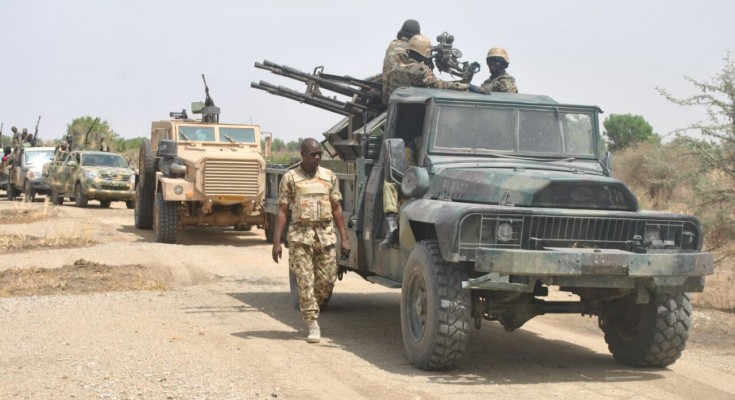 The unprecedented clearance operation swept through over 10 suspected Boko Haram terrorists hideouts along the border in which they killed 22 terrorists, arrested  3 Ameers (commanders) and  rescued  abducted persons.

During the operation the troops cleared Nbaga, Bula, Dabube, Ybiri, Greya and Suduwa towns and other adjoining settlements. The towns and settlements were occupied by suspected fleeing Boko Haram terrorists who escaped from villages previously cleared by troops of the Nigerian Army. The troops also rescued  1,275 persons held hostage by the terrorists. The rescued persons are being administered  and screened by 152 Taskforce  Battalion pending onward movement to Internally Displaced Persons (IDPs) camp.

It is gratifying to note that the operation was a huge success as there was no casualty  or injury on the  troops.