The 7 Div NA is the youngest Div among the 6 divisions of the Nigerian Army. The Div established to decisively counter the threat of insurgency, terrorism and armed banditry prevalent in the North Eastern part of the country. It became operational with effect from 22 Aug 13 with its area of operational responsibilities covering 3 north eastern state of Adamawa, Borno and Yobe state. The Div’s HQ is located in Maiduguri and the approved mascot is a Wolf while the approved logo is a snaring Wolf and the Arabic numeral “7” superimposed on a background of horizontal yello ochre (sandy brown), 7 green stripes as well as red and black colours. The motto of the Div is “Doggedness and Boldness” 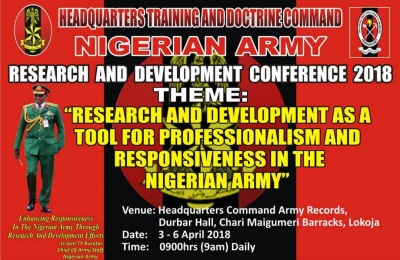 In line with the Nigerian Army (NA) Training Directive 2018, the Headquarters Training and Doctrine Command Nigerian Army (TRADOC NA) will conduct the NA Research and... 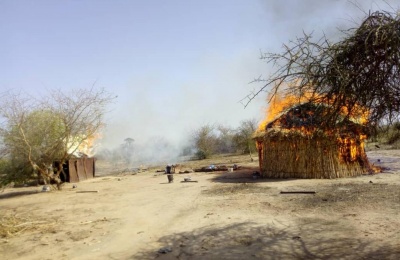 Troops of 121 and 192 Battalions of Operation LAFIYA DOLE in collaboration with Civilian...