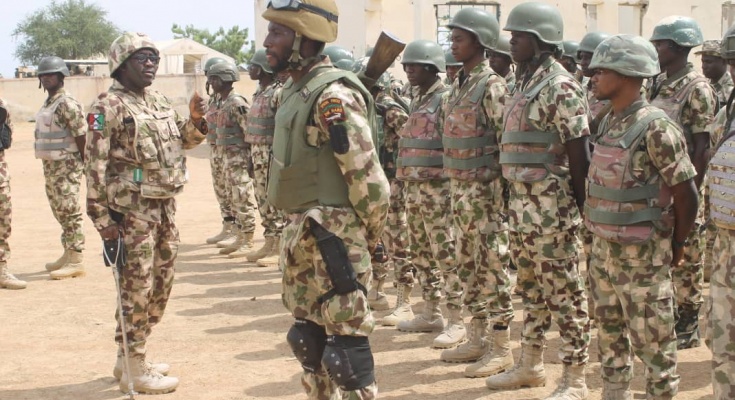 1. Troops of Operation LAFIYA DOLE have been charged to be alert, courageous and more decisive in the fight against Boko Haram Terrorists (BHTs) in North East Nigeria.

3. He commended the troops for their sacrifices in the defence of the country against insurgency. In his words, “We must continue to put in our best to consolidate on the efforts of our heroes and ensure that we win the fight against the Boko Haram Terrorists with God guiding us”, he added.

4. He advised the troops to be more decisive in their approach in confronting the terrorists and endeavour to work in synergy with other security agencies.

5. General Biu assured the troops that their welfare would receive all necessary support it requires from the Chief of Army Staff, Lieutenant General Tukur Yusufu Buratai.

6. He urged them to be confident, professional and work assiduously towards ending the insurgency and other sundry crimes in the North East of Nigeria.

9. You are please requested to disseminate this information to the general public through your medium.