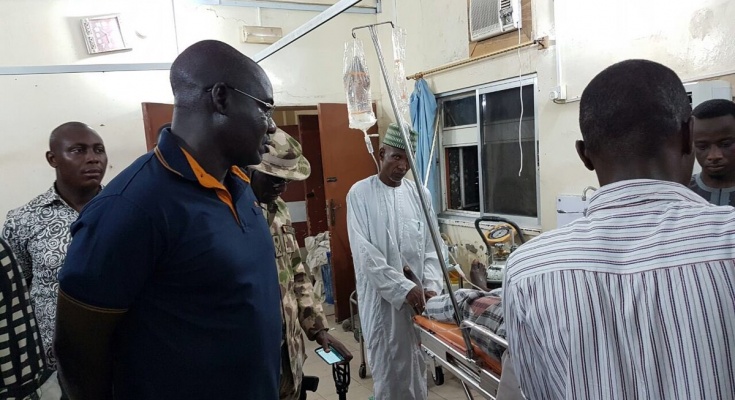 The Chief of Army Staff, Lieutenant General Tukur Yusufu Buratai has this evening visited the wounded soldiers and the 3 staff of the United Nations Agencies and other international humanitarian organizations that were injured during an ambush  at the Accident and Emergency Ward of the University of Maiduguri Teaching Hospital at about 10.00pm this evening, Thursday 28th July 2016.

The Chief of Army Staff who was accompanied by the Theatre Commander Operation LAFIYA DOLE, some Principal Staff Officers from the Army Headquarters and the Acting General Officer Commanding 7 Division, interacted with the wounded soldiers and civilians, encouraged them and wished them speedy recovery.

He equally  commended the doctors and the hospital staff for their wonderful efforts of giving necessary care and treatment to them.

It is gratifying to report that they are in stable condition and responding to treatment.