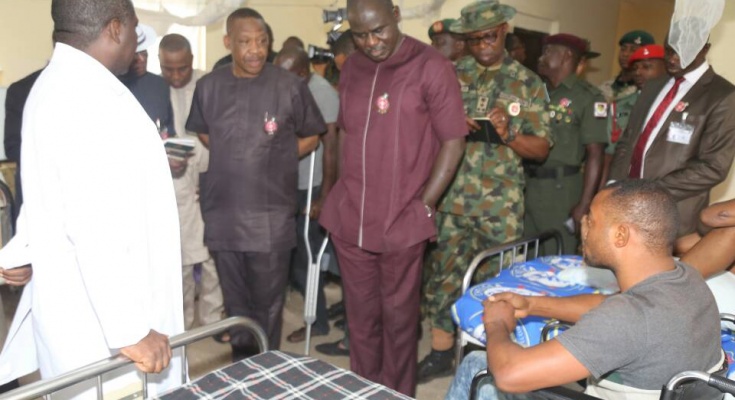 He was conducted round the 4 Operation LAFIYA DOLE wards of the hospital by the Director, Major General Ikechukwu Bernard Okeke. The COAS interacted and commiserated with each of the soldiers on admission as he went round from one bed to another. During the visit, he also gave further directives on the review of the patients conditions, expedited treatment and proper care. Lieutenant General TY Buratai has always made it a point of duty to visit troops recuperating in hospital whenever he visits any military location.

The Chief of Army Staff was accompanied by some Principal Staff Officers and at the Army Headquarters and the Director Army Army Public Relations. 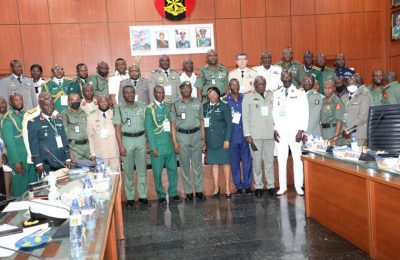