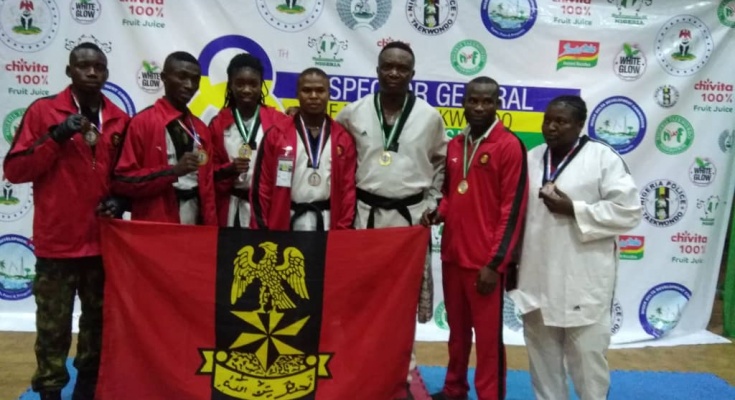 The 8th Edition of the Inspector General of Police (IGP’s) Open Taekwondo Championship, has ended, with the Nigerian Army Taekwando team, winning 7 medals.

The competition was held at the Civic Centre, in Port Hacourt, capital of Rivers State, from 24 to 28 July, 2019.

The championship, which drew participants from the 36 States of the Federation, as well as various Taekwondo Clubs across the country, also attracted international athletes from some West African countries.

About 250 Taekwondoists competed for honours and glory at the championship.

The Army’s Taekwondo team, made up of 12 athletes comprising 8 male and 4 female, featured in the exciting tourney.

At the end of the 4-day sporting extravaganza, the Army’s Taekwondo team carted away 4 Gold and 3 Bronze Medals.

The Chief of Army Staff (COAS), Lieutenant General Tukur Yusufu Buratai, has congratulated the team on their feats, while urging them to do more so as to win more laurels for the Army and the nation in future international contests.