2. Welcoming the participants, the Force Commander, Major General Stevenson Olabanji, who was represented by the Commander 1 Brigade Brigadier General Kennedy Udeagbala, expressed delight in the activities of the College towards producing well trained, educated and inspired operational level leaders for the Nigerian Army.

3. He charged the participants to embrace the training with vigour as it is intended to expose them to skills for Operational and Tactical Estimate process.

4. Also speaking, the team leader and Director of Studies Brigadier General Charles Ofoche stated that, the purpose of the visit was to give the participants a first hand information on reviewing a campaign plan for ongoing operation in an academic setting. In his words, “the visit is focused at enabling participants come up with plans that could further enhance the conduct of Operation SHARAN DAJI, to achieve its end state and enduring exit strategy within the shortest possible time frame.

5. Similarly, the visiting team also paid a courtesy call on the Executive Governor of Zamfara State Alhaji Abdulaziz Yari at the Government House in Gusau. The Governor who was represented by the Secretary to the State Government Prof Abdullahi Muhammad Shinkafi, described the choice of the state as apt and timely considering the security situation in the state.

6. He applauded the efforts and resilience of security agencies deployed to the state and expressed appreciation to the Federal Government for her commitment to put an end to the senseless killings and banditry in the state.

7. Governor Yari promised to continue in supporting the security agencies in all their efforts to restore peace and tranquility in the state.

8. The team also visited troops locations at Shinkafi, Talata Mafara and Tsarfe Local Government Areas of Zamfara State to carry out on the spot assessment of their operational activities.

9. The visit which had as its theme “Enhancing the Capabilities of the Nigerian Army in Combating Internal Security Challenges in Nigeria”, also consists of some members of faculty and 34 participants of Course 2/2018 drawn from various services and paramilitary organizations.

10. You are please requested to disseminate this information to the general public through your news media. 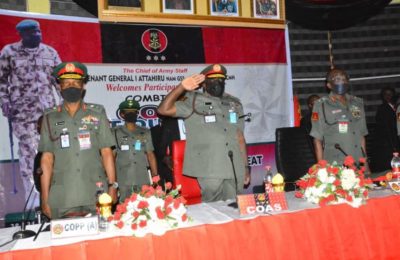 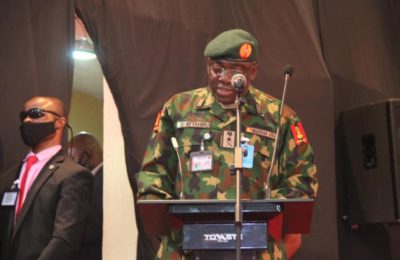